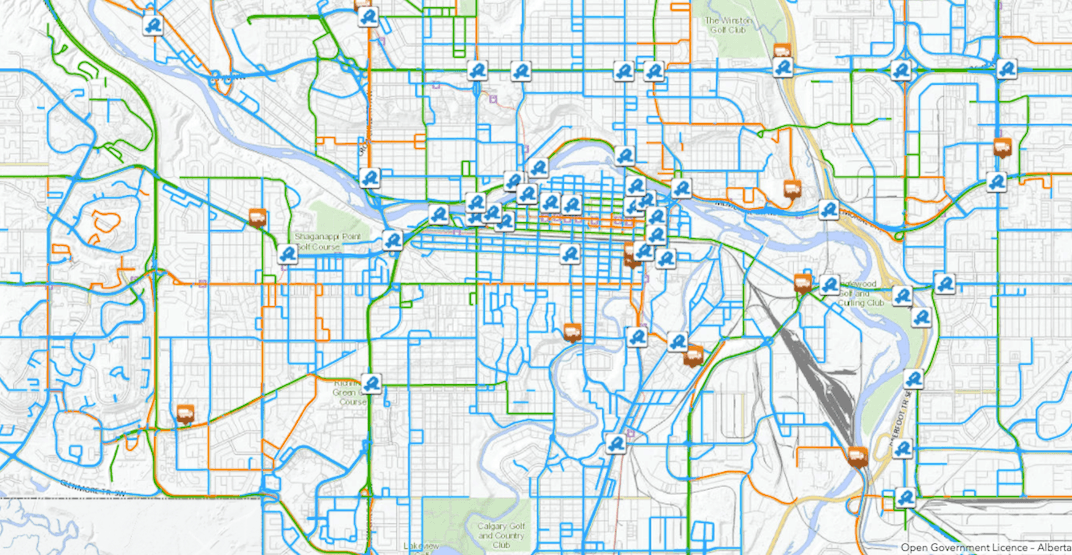 Real-time updates on the location of snow plows could help Richmond residents and businesses plan ahead during and after snowfall events.

The municipal government is planning to spend $100,000 on technology that allows it to track the precise location of deployed snow plows, according to the city’s 2022 capital budget.

It would add a snow plow layer on the city’s public Richmond Interactive Map web page and be featured on the MyRichmond mobile app, as well as provide analytics insights.

During the snowfall events over the past few weeks, the city deployed over 40 specialized pieces of equipment and vehicles and started the winter season with a supply of over 1,000 tonnes of salt at its work yard.

Such a project would “ensure citizens are well-informed with timely, accurate, and easily accessible communication using a variety of methods and tools. Making snow and ice response information readily available to Richmond residents will bring awareness to roads that are serviced by the City and their frequency.”

By colourizing roads, such real-time tracking maps also display details on when the road was last plowed.

All major cities in Metro Vancouver have public maps of their priority snow removal routes, but real-time tracking maps of snow plows for the public are not as common. The City of Surrey is amongst the jurisdictions with an online snow plow tracking map. 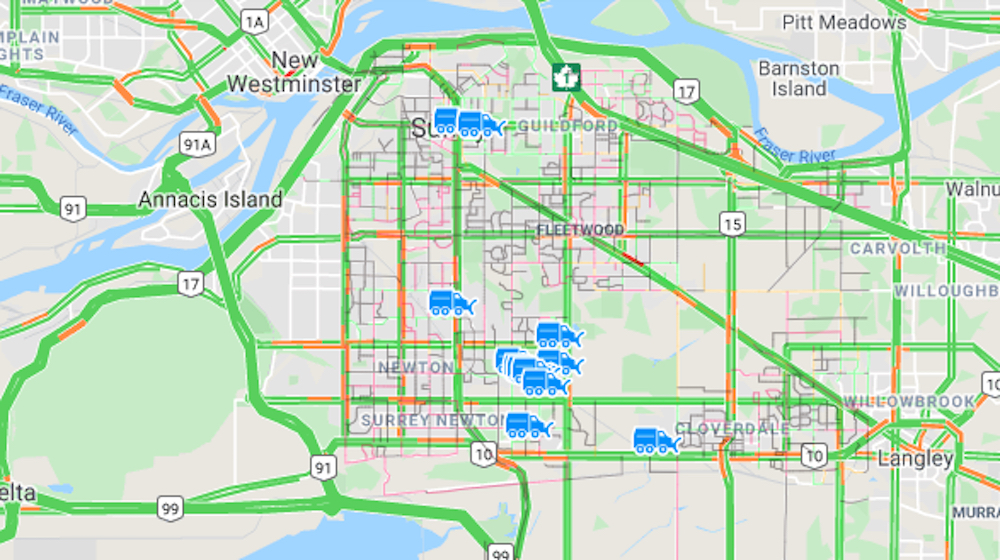 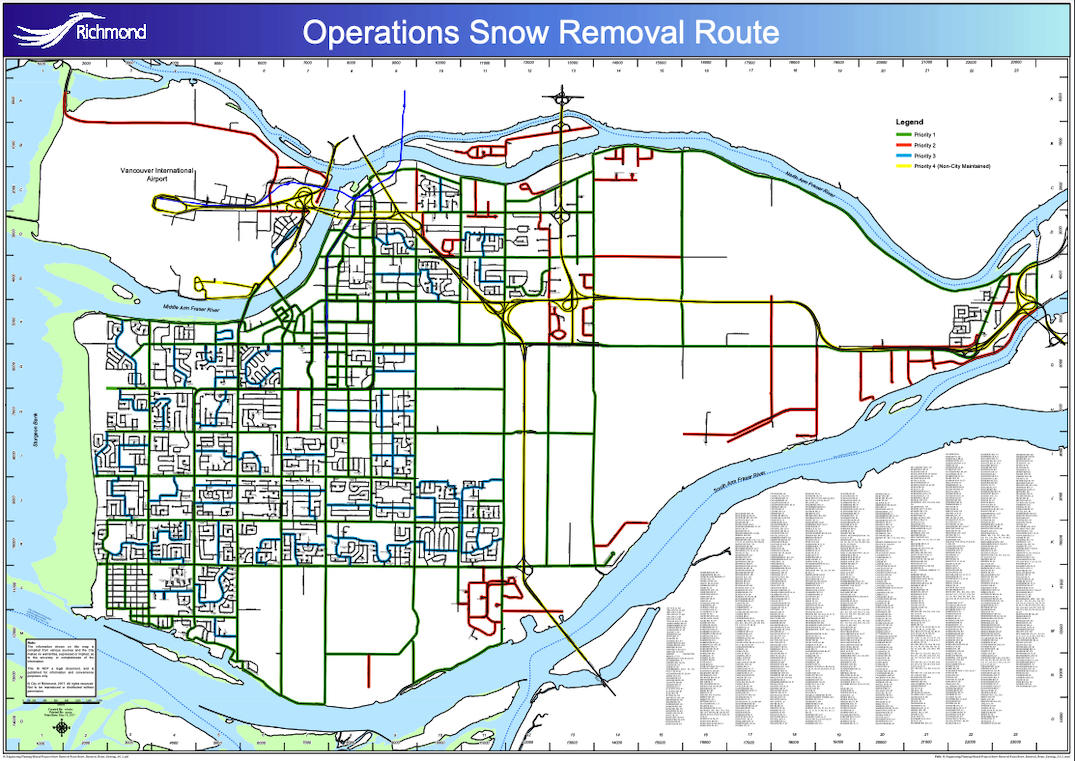 The City of Richmond’s planned 2022 capital budget is $108 million, including $48 million for infrastructure, and $12 million for the drainage and dike program.

The city is planning to spend $750,000 on pedestrian and cycling infrastructure upgrades, $750,000 specifically for the Sexsmith Road/Brown Road bike route, and $150,000 for a specialized street sweeping machine for bike lanes.

Another $490,000 would go towards replacing about 1,200 street lights with brighter and more energy-efficient LED fixtures, representing the first of five phases to replace the remaining 5,800 ageing high-pressure sodium light fixtures.

The 2022 budget would also progress on the city’s ongoing project of installing overhead LED street name signs at major intersections to enhance visibility and legibility for drivers. The city has targeted 183 intersections for the illuminated signs, with about 33% (60 intersections) completed to date. It is anticipated all signs will be installed over the next four to six years.

Another $4 million would go towards park land acquisitions, and $2.2 million to upgrades for Watermania, including new wave pool generating equipment.

Over the coming years, the city’s largest capital project, spread over several capital budgets, will be its new replacement and expanded Steveston Community Centre and Branch Library. In July 2021, city council approved a budget of $95 million for the project.

As for its 2022 operating budget, the city is planning a 3.86% increase or about $10 million more than the previous year, with about $7.7 million going towards increased RCMP union, CPP enhancement, and E-Comm costs.

To help support the increased operating budget, the city is planning to increase a property tax hike that would equate to an annual tax increase of $68.59 for the average residential property, worth $1.172 million.

About 50% of the overall residential property tax bill goes to the City of Richmond, while the remaining 50% is towards TransLink, the Richmond School Board, Metro Vancouver Regional District, and the Municipal Finance Authority, which each have their separate processes for increasing their own rates.

After engaging the public in a consultation period that began in the middle of December, Richmond City Council is scheduled to review and finalize its 2022 capital and operating budgets on January 24.