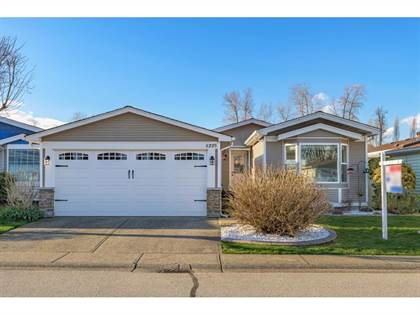 Buyers of Delta real estate had significantly more inventory to choose from last month due to a record-breaking volume of new listings.

That included nearly double the amount of new single family detached listings in North Delta compared to January with 109 homes coming onto the market.

“Although the market is still far from balanced, it is encouraging to see new listings increase again for the second month in a row,” said Fraser Valley Real Estate Board President, Larry Anderson. “We’re hopeful that this trend will be sustained leading into the spring season as more sellers come on stream to help soften the market and provide opportunities for the many buyers who’ve been sidelined over the past year and a half.”

In the Fraser Valley region, the average number of days to sell an apartment in February was 12, and 11 for townhomes. Single-family detached homes averaged 13 days before selling. The one-year comparison is 35, 21 and 21 respectively.

Meanwhile in South Delta, the number of detached listings in February rose to 107, an increase of 41 from January. There was only a slight increase in townhomes (18/16) and apartments (30/25) listings from the previous month.

Prices continue to ascend with the benchmark price of a single family detached home in Ladner increasing 5.8 percent from January to $1,543,800. Ladner townhouses increased by 6.1 percent to a benchmark price of $915,500 while apartments went up 2.7 percent $620,200.

The Real Estate Board of Greater Vancouver (REBGV), which oversees sales activity in South Delta, reports that residential home sales in the region totalled 3,424 in February 2022, an 8.1 per cent decrease from the 3,727 sales recorded in February 2021, and a 49.8 per cent increase from the 2,285 homes sold in January 2022.

Last month’s sales were 26.9 per cent above the 10-year February sales average.